Ian Finch (Finchley!) – Worth a Listen 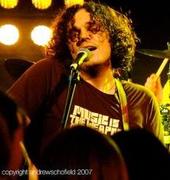 I’d like to introduce you to Ian Finch, one of the finest young men you’ll ever care to meet.

I met Ian back in June of 1996, when he and some friends came to visit Richmond, Virginia.  He was a part of a “worship team” that was different – they really worshipped when they sang!  The music was important …yes … but not as important as the Person they were worshipping.

About a year later I had a chance to hang out with Ian and his band-mates again, this time in Liverpool, England.  The band, Supervision, performed at a local club on the weekend, and then led worship at another event.  Ian, Mark Doohan, James Harding and James Burch made for an awesome team, and they were a super band (pun intended!).

What are the members of Supervision doing now?  According to their website, the band members thought it was time to move on at the end of the summer of 2006, but they added this explanation:  “We’d also like to say that Supervision as 4 best mates is actually doing very well indeed!  We have not fallen out, there aren’t any ‘musical differences’ there are no ego’s at play and there is no hidden agenda!  It’s just 4 people feeling that at this point in our lives that we can no longer continue touring or making music together as well as balancing family life, personal calling in addition to full time careers.”

Listen to what the former band members are doing now:

James (the bear) Harding has finished his PHD and has now left the country with his wife, Kate, to teach at Bible college in Bangkok, Thailand.  Ian (Finchley) Finch continues to run his web design company, but is also launching a solo career with the full blessing and support of the band.  You can check his new tunes at www.myspace.com/finchleymusic.  Mark (The Doog) Doohan has accepted a Directorship position at his Architects practice and continues to go from creative strength to strength while raising his 2 boys.  James (Burchy) Burch has also accepted a promotion at the software company where he now runs the entire production unit. James is also busy raising his 2 girls. 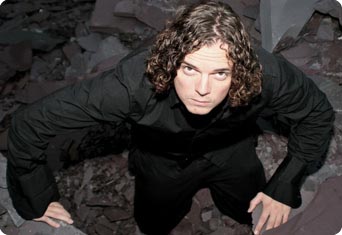 Ian writes:  “Having been guitarist and co-songwriter in the rock band Supervision for a number of years, I started my solo career in the Summer of 2006 wanting to do something different, something melodic and beautiful while keeping the big production, anthemic feel.  It’s started very well … label interest and eventual distribution, 4 TV appearances, gigs all over the UK and lots of acoustic-only performances which has been new for me but have been really special!

“I have recently finished the album (‘No Clouds’) and am now looking forward to a full-on 2008 as the band and I gig it all over the place!  Uou can read an interview all about it at CROSS RHYTHMS (link the article below, at the end of this blog).

“It’s probably also worth saying that I’m going to be giving all the proceeds of the album away to various charities so I’m really looking forward to how much we can make for some really good causes.”

And Ian, my friend, when YOU read this … Rock, but never compromise!  The lyrics and music are excellent.  More excellent, still, is the One you write about, and upon Whom you rest your hopes and dreams.  Take care of Lou, and the next time you travel to SA and NZ … take ME!!

The CROSS RHYTHM LINK IS: http://www.crossrhythms.co.uk/articles/music/Finchley__No_Clouds_on_the_horizon_for_the_exSupervision_singersongwriter/29478/p1/

This Should Make US Think!