Calling All Atheists and Theists #3

Dear friends engaged in the discussion of beliefs (both atheistic and theistic), 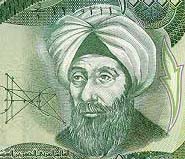 Abu Ali al-Basra (a Tenth Century Persian scientist, also known as Ibn Al-Haytham, 965-1039 CE) interests me because my wife is an optometrist, and his Book of Optics has greatly influenced the development of lenses, mirrors, refraction, and theories of vision and the dispersion of light.  This great Muslim scientist is “a pioneer of the scientific method,” that is, the search for truth.  He said, “Truth is sought for its own sake.  And those engaged upon the quest for anything for its own sake are not interested in other things.  Finding the truth is difficult, and the road to it is rough.”  (Physical Thought from the Pre-Socratics to the Quantum Physicists;© 1979, ISBN 0-87663-712-8)

I bring him into our discussion because I love his take on the search for truth, and the fact that he is seen as the “Father of the Scientific Method.”

The Scientific Method was described in laymen’s terms by “Ubiquitous Che” – a commenter in my previous blog articles on Atheism and Theism – this way:

“I was drawn to atheism for a very simple reason.  I find the naturalistic explanation for how the universe came to be the way it is to be wholly satisfactory.  (my emphasis) From this, I find it highly irrational to propose a supernatural entity as an ‘add-on’ explanation when no add-on was needed in the first place.

“Also, because the naturalistic explanation is … well … naturalistic, it means that we can get stuck into it very deeply.  It removes the foggy, murky veil of mystery and brings the picture of the universe into sharp focus, allowing us to peer deeper and deeper into its workings and bring about change according to our will.

I will paraphrase/interpret the quotation above this way:  Natural Science (Che’s “… naturalistic explanation for how the universe came to be the way it is”) is the truth.  It explains the origin of the Universe in a way that satisfies man’s search for the truth.

While there is much more to his rationale, Che says that Naturalism provides “the core” for his belief system.

The Scientific Method involves the collection of observable, empirical and measureable data (“evidence of and for cause and effect”), observation, experimentation, and the formulation of a theory (“hypotheses”) based on reasoning.

This 20th Century “hypothetico-deductive model” of the Scientific Method has been the engine that has driven the study of physics and biology – the very foundation stones of Naturalism.

But because the Scientific Method has its limitations when talking about the origin of the Universe (you and I can’t collect observable, empirical DNA-rich data, experiment with it, and then observe measurable cause-and-effect outcomes).  Because of these limitations, the scientific community had to develop a whole “new class” of scientists:  scientific philosophers.  (These are the “atheologians” of the atheistic community.)

This new class of scientist is not limited in their search for truth by the Scientific Method’s primary requirement – “proof.”  Their only limitation has been the span and capacity of human imagination.  These new scientists (the “Darwinist Class”) began with (and still begin with) a belief – what they call their “theory” – and they search for evidence that will reinforce their belief.

In the scientific community, the guardian of the Scientific Method was “peer review.”  The object of these guardians of truth – peer scientists – was to find possible mistakes in observations, reasoning, and the interpretation of data.  [The way out now for peer review, when it comes to the origin of the Universe anyway, is simply that peer review only applies to the “experimental sciences” (physics, chemistry).]

Honest biologists and physicists are coming forward now, swimming against the tide of atheistic belief, saying, “There are unexplainable gaps in the evolutionary chains,” and “There are mysteries that defy logical human interpretations when it comes to what we are observing in the Universe.”  They are daring to suggest that Naturalism is built on “un-faith,” so to speak.  They are challenging the scientific philosophers to defend their un-beliefs.

I really like Ubiquitous Che’s style, and respect his intelligence.  (I even like the name he has chosen to describe himself because his peers are “everywhere, omnipresent!”)  U-C is a modern “every-man.”

Would his friends please care to comment on what I have written above.

Calling All Atheists and Theists … AGAIN (#2)

Comments on: "Calling All Atheists and Theists #3" (6)